You are here: Home1 / THE FOUNDER 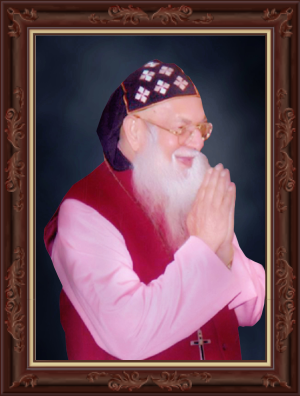 God chooses great leaders to lead his people, from time to time and to be good stewards in the kingdom of God. His Grace Dr.Stephanos Mar Theodosius , the Bishop of Kolkata Diocese of the Indian Orthodox Church was one such visionary leader. He was born into an ordinary family at Pathamuttom village , Kottayam district in Kerala on Oct.2nd ,1924.

With a burning zeal to serve the downtrodden he assumed the charge of the Director of the newly founded St.Thomas Mission, Bhilai in 1972. In 1975, with utmost humility and absolute dedication to God he accepted the decision of the Church to consecrate him as a Bishop. He became the first Bishop of the Diocese of Madras and later in 1979 with the creation of Diocese of Kolkatta became its first Bishop.

With the creation of the Kolkata Diocese, the activities of the St. Thomas Mission became more extensive. The activities of the Mission later spread and included educational institutions, health service centers, Village development centers, balagrams, rehabiliation centers, ashrams and convents from Madhya Pradesh to Nagaland.

His Grace’s dedicated service, persistent hard work and love for education has produced a good number of education institutes. More than two dozen schools and colleges as well as a number of balawadis in Central and Eastern India were established with the aim of uplifting and providing the best education especially to the underprivileged sections of the society.